You are here: Home / Real Estate News / California Labor Markets Back on Track

After suffering its first monthly decline in nearly 5 years in January, California’s labor market bounced back in February adding 39,400 new nonfarm jobs. In another sign of improving conditions, the state’s unemployment rate dipped to 5.5%—its lowest level in nearly 9 years. Importantly, this decline in the unemployment rate is due to genuine improvements in the state’s labor markets as both the labor force and the number of employed residents both went up in February. At a current level of 16.3 million, California is at an all-time high for the number of jobs. 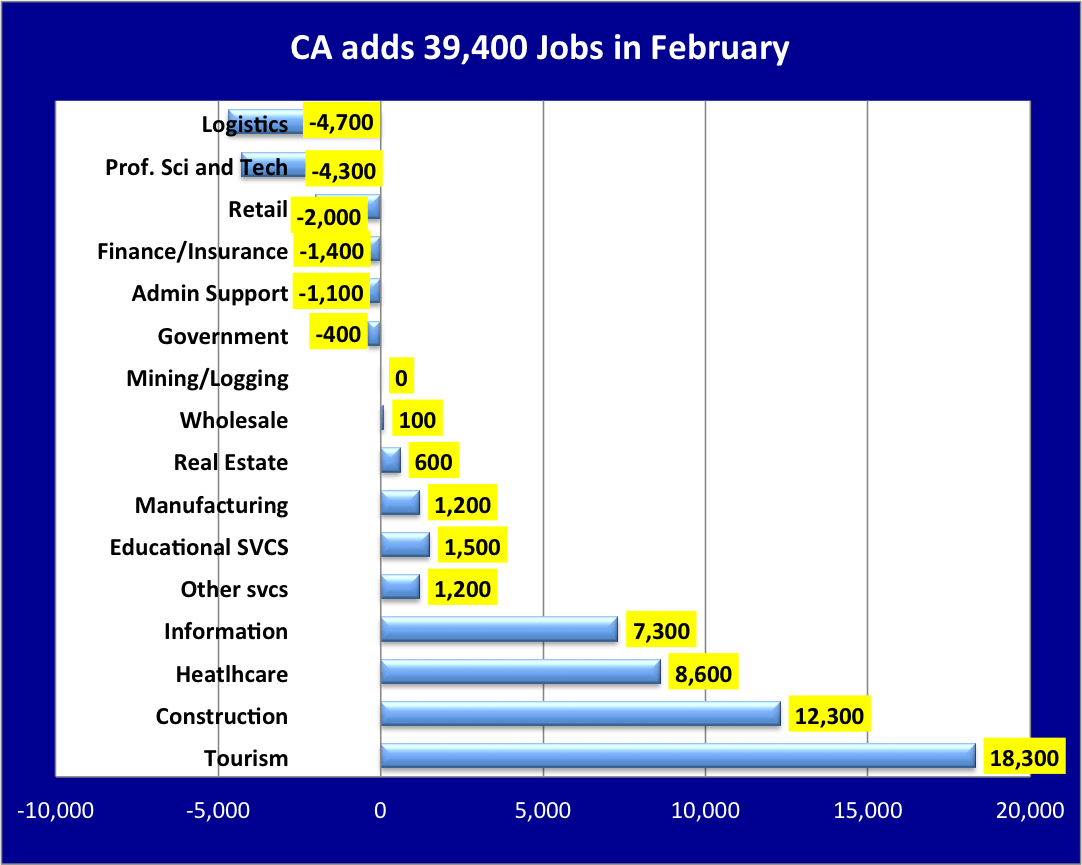 The largest gains were in Tourism-related jobs, Construction, Healthcare, and Information, showing that the current labor market expansion spans across the spectrum of wage categories. Several sectors lost jobs last month, including Finance, Retail, Professional/Scientific/Technical, and Logistics as the state struggles with lackluster port activity.

These job growth trends underscore the importance of housing to the state’s economy as a whole. As affordability continued to dwindle, more Californians are seeking housing in more affordable markets. This trend is especially strong in the Bay Area where an increasing number of jobs in the “Core Bay Area” are being filled by workers commuting in from other parts of the region. These residents who move away from the core due to lack of affordability and/or inventory initially commute into core areas, but can eventually become a catalyst for growth in these smaller economies and the uptick in job growth in some of these more-affordable areas suggests that some areas are making the most of that trend.